Conference : Using the ECtHR to Combat Antigypsyism Opportunities and Frustrations

Using the ECtHR to Combat Antigypsyism 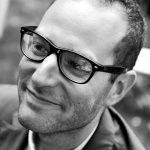 Adam Weiss joined the European Roma Rights Centre in 2013 as Legal Director to channel his passion for strategic litigation into supporting Roma to combat antigypsyism; in January 2016 he became Managing Director, also taking responsibility for many of the operational aspects of that NGO’s work. He wants to be part of fighting the everyday racism Roma experience and realising the European ideal of equal societies based on human rights that he was raised to believe would be the legacy of what happened in the Second World War. He is a member of the New York State bar and holds an LLM from King’s College (University of London), a JD from Columbia Law School, a diplôme d’études approfondies from the Université de Paris-IV (La Sorbonne), and an undergraduate degree from Harvard University. He is interested in strategic litigation, non-profit management, and professional activism, and, as a lawyer, specialises in European Union migration law and litigation before the European Court of Human Rights. Weiss has been involved in the litigation of a wide range of cases before the European Court of Human Rights, as well as cases before domestic courts and the Court of Justice of the European Union.